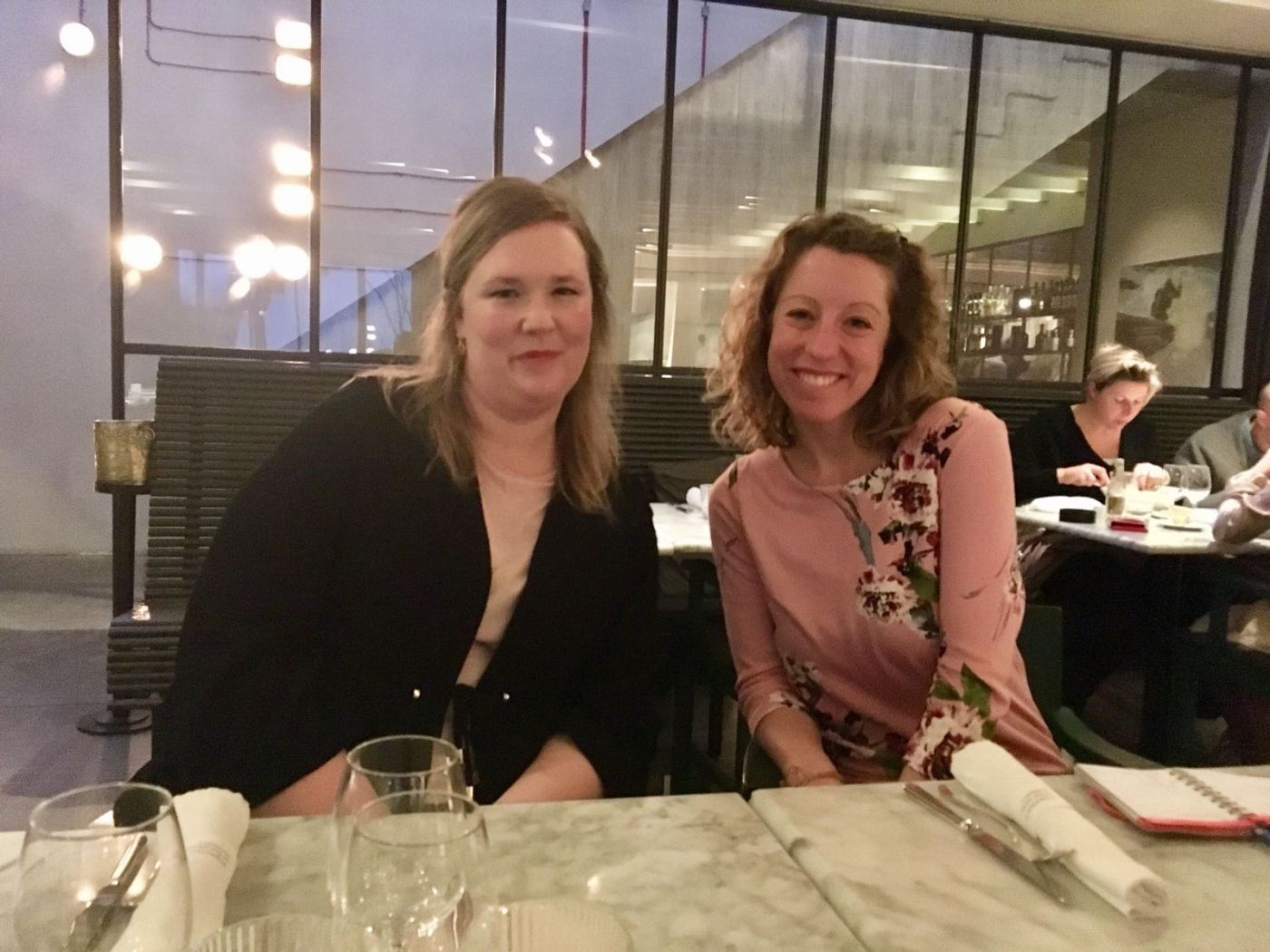 Graanmarkt 13 is the restaurant of chef Seppe Nobels and is mostly famous for it’s vegetable dishes. They do have a fish or meat option, but vegetables are the selling point of this restaurant. The restaurant got elected “Best Vegetable restaurant 2015 of Flanders” by Gault Millau. The chef even grows his own herbs on the rooftop of the restaurant.
They have a fixed menu every week for lunch and dinner. Usually lunch is a two course menu (€35) and dinner is a three course menu (€45). But not on Sunday, because Sunday is ‘Family Sunday’ at Graanmarkt 13. This means you get a four course menu (starter, soup, main course and dessert) for €35.
Since it was my dear friend Elisa’s birthday we decided to give it a try!

We got the choice between, meat, fish, vegetarian or vegan, so I chose the vegan option.
I started the evening with a gin & tonic, that wasn’t bad, but also not amazing. We also got some bread for the table and since three people chose the vegan option they replaced the butter with olive oil.

As a starter we had a salad of smoked cauliflower, with a cauliflower cream and vegetable crisps on top. This dish was amazing, the flavors blended very nicely and in the end I really felt like licking my plate. 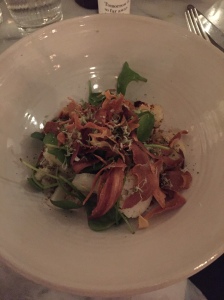 Then we got a soup of roasted pumpkin and cumin. The vegetarians had a little cream in it, the vegan version didn’t. I felt a little disappointed that they did not have a vegan cream, since this is something that’s not very hard to ‘veganize’. The soup itself tasted very good and the cumin was definitely a nice touch. 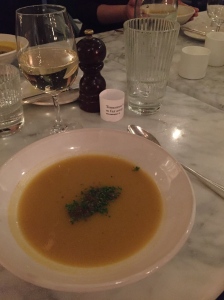 Then we moved on to the main course. This is where you have the choice between meat, fish or vegetarian. You each get your own plate with the dish of your choice and then there are three vegetable dishes for the table to share.
The vegetarian dish we each got was roasted sweet potatoes, carrots, fennel and parsnip cream.
The dishes to share were a quinoa dish with pomegranate, roasted beet with a soy cream and sumac and a pot of white beans and cabbage. Again all these dishes were very good. The parsnip cream was amazing even and really gave the sweet potatoes and the carrots that extra kick. I’m not a big fan of beets, but I’m trying to get to like them and I have to say, roasted they were not bad at all. 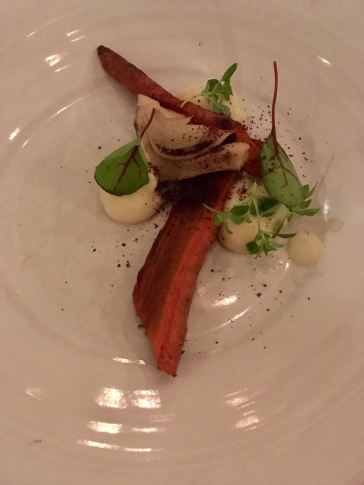 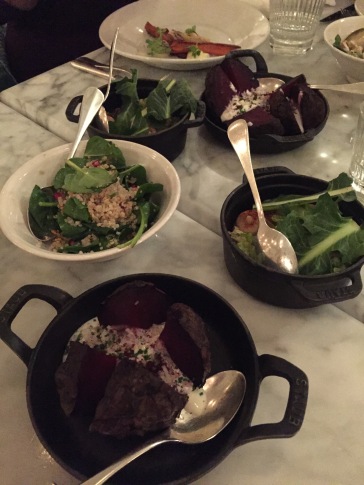 I think for me the dessert was the most disappointing part. I have a sweet tooth and love dessert, chocolate, ice cream, … I was disappointed because I felt like the vegan dessert lacked creativity. When I go to regular restaurants I don’t expect there to be a dessert, but from Graanmarkt I had expected more. The vegetarians got a chocolate cheesecake with soy ice cream. The vegans got apples baked in elixir d’Anvers with the same soy ice cream. Don’t get me wrong, it did not taste bad at all. The soy ice cream was amazing. I just think it’s not that hard to make a vegan cheesecake or turn the apples in to some kind of apple crumble… 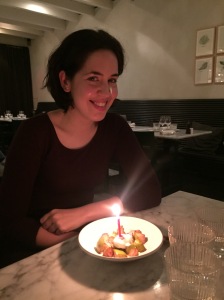 Conclusion: I would recommend ‘Graanmarkt 13’ to everyone I know. It’s not cheap but it’s an experience that’s worth it. They could work a bit more on their vegan options, but at least it’s an option and they know very well what vegan is…

Have you been? What was your experience with ‘Graanmarkt 13’?